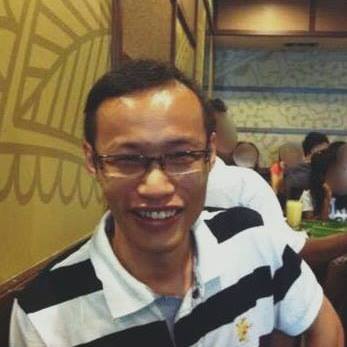 This is a sharing about my life experience, from turning away family business to pursue engineering and return back to family business after being an engineer. If you are interest about it, just read it further to know more about me.

I do not really get to know my father as he passed away when I was five. I really don't know anything about him, including his goals and dreams. All I know is that my father's death left my family with a huge debt. As my father had not purchased any insurance, my mother was forced to abandon our bakkwa shoplot at Jalan C.Y.Choy (in year 1992) and borrow money from relatives so that she could pay off my father's medical bills.

I still remember I started helping out my mother to sell duck rice and doing dried meat (bakkwa, traditional Chinese food) when I was ten years old. As a result, I was being made fun and teased by my schoolmates that I was a child who had no father and my parents are selling "bakkwa". For this reason, I began to grow to hate life I've been through as a child without a father and as a "bakkwa" kid. After completed PMR examination in Form 3, I decided to get away and avoid any subjects related to commerce and business studies. It is conceivable how much I hated my life at the time and the people I faced. So I promised myself that I would be an engineer in the future. From that moment on, I paid great attention to the subject of Physics. Therefore, in the SPM examination in Form 5, I scored excellent results in my Physics subject. Unfortunately, I failed Math and Add Math.

I encountered a bottleneck in applying to the Engineering in diploma because I was rejected by almost every college. I still remember there was one of the senior lecturer in those college once said to me, "You failed in Math and you will not be able to study in Engineering. You're a failure. So don't bother finding anymore college, you're wasting your time." But I never give up, I still looking for other college. Lastly only one institute in Bayan Lepas accepted my failed math result. I successfully enrolled into Engineering diploma course. But it didn't end there. I did my best to prove my ability in arithmetic and calculation. I scored distinctions in every math related subjects in engineering after a three-year diploma course. I was well-known by most of lecturers at that time.

Since my main intention was to avoid all matters relating to the conduct of business and bakkwa, I went abroad to study and completed undergraduate in the year 2010. I proceed my study to postgraduate, in Advanced Engineering Materials while working a part time job as a waiter and dish washer in Manchester. And I, finally, graduated in the year 2011.

Upon my return, I began to practice engineering and served in a machine maker company in Penang island in the year 2012. At the time, my main task was to replace a senior engineer who was about to leave. He is a very skillful and well-experienced engineer, specialized in electrical and motion control in high-speed turret machines. I was given a duration of less than a month to learn from him before he leaves. As you can imagine, it is really challenging for me, as a newbie, to learn from this senior engineer in a split second and take over his duty. Not surprisingly, after three weeks, I was only able to learn 10 percent of his skills and knowledge. (And he left). In order to prove that I am qualified for the task, I have put in twice, even three times of effort and to do my best for the company. I made a lot of mistakes during the process. My efforts were finally rewarded. In three years, I have acquired the skill and knowledge of the former senior engineer, who had six years of extensive experience. Indeed, what a fantastic achievement it was, and yet I never felt happy. I felt emptiness in my heart.

I've devoted most of my time to the company. From 7:00 a.m. until 12:00 a.m.. When there were too many projects, I even worked late until 2:00 a.m.. From this, one can see that my working hours occupy 70 to 80 percent of the day. Don't get me wrong, the company has a strong and well-established management team. That is why the company has remained so stable and successful until today. There is no such thing as something for nothing. As sacrifices and efforts are needed to accomplish the results. Also, I cannot blame coworker as you can imagine all engineers are doing their best to work together & also compete with one another to climb up to a higher level. It is not about the problem of working culture but it is just the way it is. This is happening wherever there is human presence. Neither do I blame God, because it's all my choice. Of course, it's tiring and depressing to face all these every day. Ironically, when thinking back, I thought I have chosen the surest path but it leads me here.

Depression makes me lose my direction in life and the meaning of living. I started to hate what I had once enjoyed in engineering works. No matter how many projects I had been completed, I cannot felt that kind of accomplishment anymore. Then I isolated myself from my coworkers. I talked less each and every day. Even in my Facebook account, I deleted everyone I know because I hate seen other people posting about travelling , having good time, smiling, bought new property or new cars and etc. I stopped going to church too. For no reason I began to hate people. Lastly I started speeding and drive recklessly. I just want the bad things to happen, and then everything will be over. I was very selfish back then and I completely lost my mind. I totally ignored the existence of my family and my loving wife. I told God angrily that if I died, then it would all be over. Otherwise, I would have to continue to be an engineer and repeat the same life every day. So I attempted to engineer my own death on the road, twice. By applying the formula, with a certain amount of weight and speed, the car will go into lost control mode and spinning then hit at the big tree then die. That’s my calculation & initial plan. It was raining on that night after finished work around 3am, but I still carried on with my plan. With a certain weight and speed, my car did lost control and start spinning towards the big tree. Knowing that my plan is going to be success, I closed my eyes. I can see all those flashback of happy memories that spending with my family in my life. Then I said, “God, I am ready.” But then the car stops spinning and hits nothing. It stops because of the water puddle on the road. I thought is part of my miscalculation. Then I think I should do that again another day when it’s not raining.

But God sees, hears and deliver. A few days later, due to overwork and lack of rest, I was hospitalized. One morning during I was in the hospital, I looked out the window. It was all dark at first but as the sun rises slowly, I saw the beautiful scenery God has created: light blue sky, a greenery hill and gently waving sea. It reminds me of His promises and He is in control. From that moment on, I told myself: I want to change my life.

The next day, I returned to the church that I had left for months. The pastor was preaching as usual. However, one of the sentences caught my attention. He asked, "What do you want God to see you’re doing the moment He comes again?" (Means end of the world). Many members of the congregation responded, saying: Praying, reading Bible, praise and worship to God, etc. Then the pastor went on: Why not doing things that we're doing in our daily life? Why not on what we are working on? A farmer, a rubber tree tapper, a fisherman, a butcher and so on. Talent that you’re gifted to do. So that in whatever field we do, we do it our best for Him.

It brought back memories of my childhood where I refused to accept that I was born into a family that makes bakkwa, and refused to accept who I am. All the suffering and depression that I faced were my own choices. However, God is good. He has taught me that interested does not equivalent to gifted. Everyone has a gift (talent). This gift is unique for everyone. We should explore our own gift and play out the best of them.

We always have a choice in life. We either accept it and thrive ahead; or reject it and go by our own ways. I've learnt from the hard way: I went by my own ways and almost ended my life. But when I have given up everything, still, God never leave me alone. He is always by my side even when I disobey Him, run away from Him and disappoint Him. God knows better than I. He has a beautiful plan for me in my life.

Finally, I submitted my letter of resignation to the machine maker company and officially terminated my engineering path in the year 2017. Next, I proceed with my family business, in making bakkwa, things I used to hate and avoid throughout my life before. I do not know why God put me in this family, but none of these matters anymore because I believe that He knows better than I am and He always give me the best.

God's grace is sufficient for me! Even though I am an unremarkable person, yet, He is so kind to me. I have received His grace and His blessing, and I want to share it with you! #Who is Jesus? and Would you like to know God Personally?